The Bird Watching Station was realized in 2007 and is the first Baubotanik building with two “stories”. An elliptic platform, situated in 2.7 m above the ground, is roofed by a cut-shaped membrane which is spanned between the level and an equally ingrown ring in 6 meter height.

The main wing supporting structure of this building is build out of living willow plug-in wood of the tree-like growing type Salix alba (silver willow). In the lower part the plants are compiled to x-shaped struts; in the upper part the structure segues into a grid bowl vault. The visitor can climb to the upper room by means of staves of a ladder which are embedded in the trees wing supporting structure. Up to ten people can stroll on the elliptic level between the membrane rooftop and the vegetable lattice-wall.

The Bird Watching Station marks the constructive limits of the willow plug-in woods. Up to ten meters long and due to their age and thickness, they often already turned out so stiff that it became very difficult to form them. Longer and particularly taller plants are not available and little worthwhile to produce. These experiences gave an important impuls for the development of alternative construction methods (plant addition) which then were applied in the experimental building “Tower” for the first time.

The up to now growth of the building also demonstrates a typical feature of the pioneer tree type willow. A very vital growth on the sunny side of the structure opposes a scanty foliage and less growth on the side that faces the neighboring forrest. This shows that baubotanical structures made out of willows mainly qualify for open landscapes. For dense and urban situations types are required that are in particular compatible to shady areas. 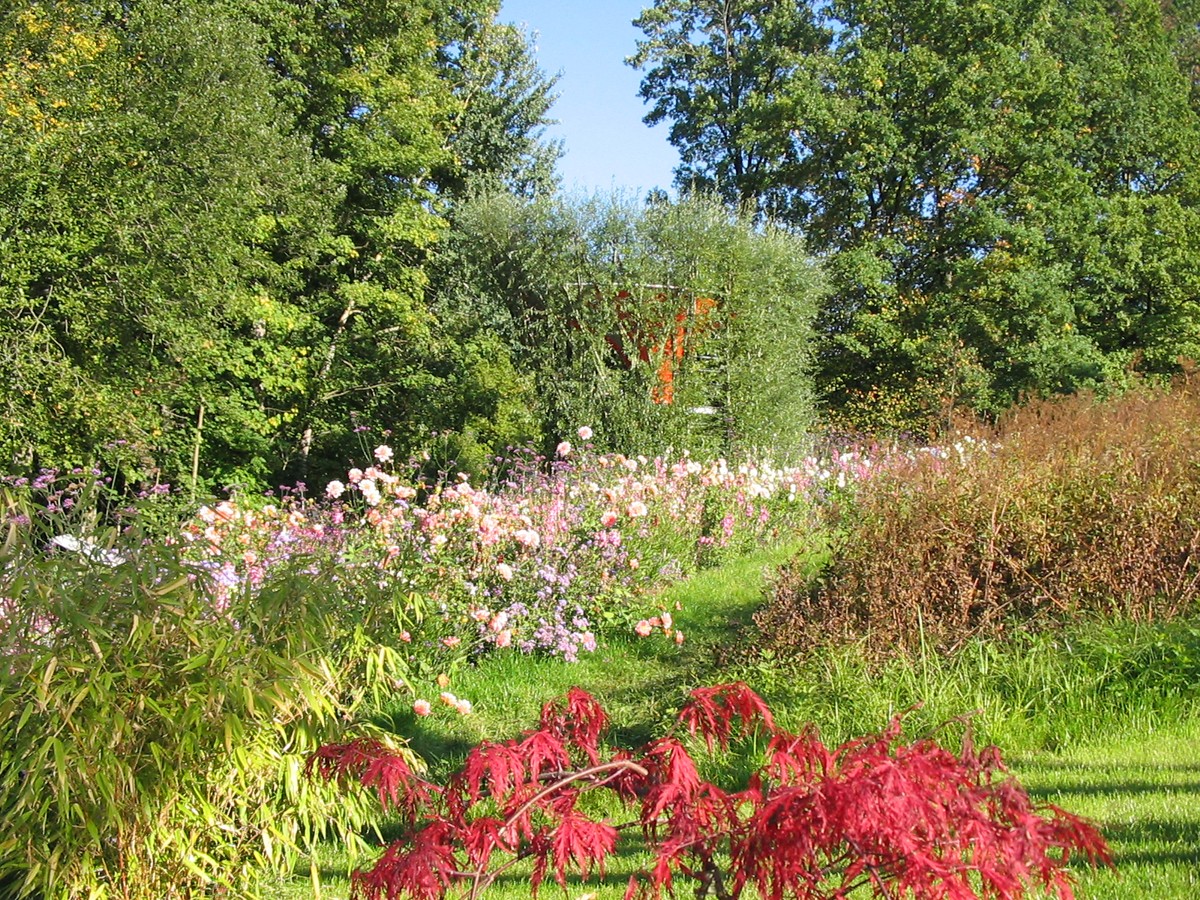 Bird Watching station at the edge of the forest 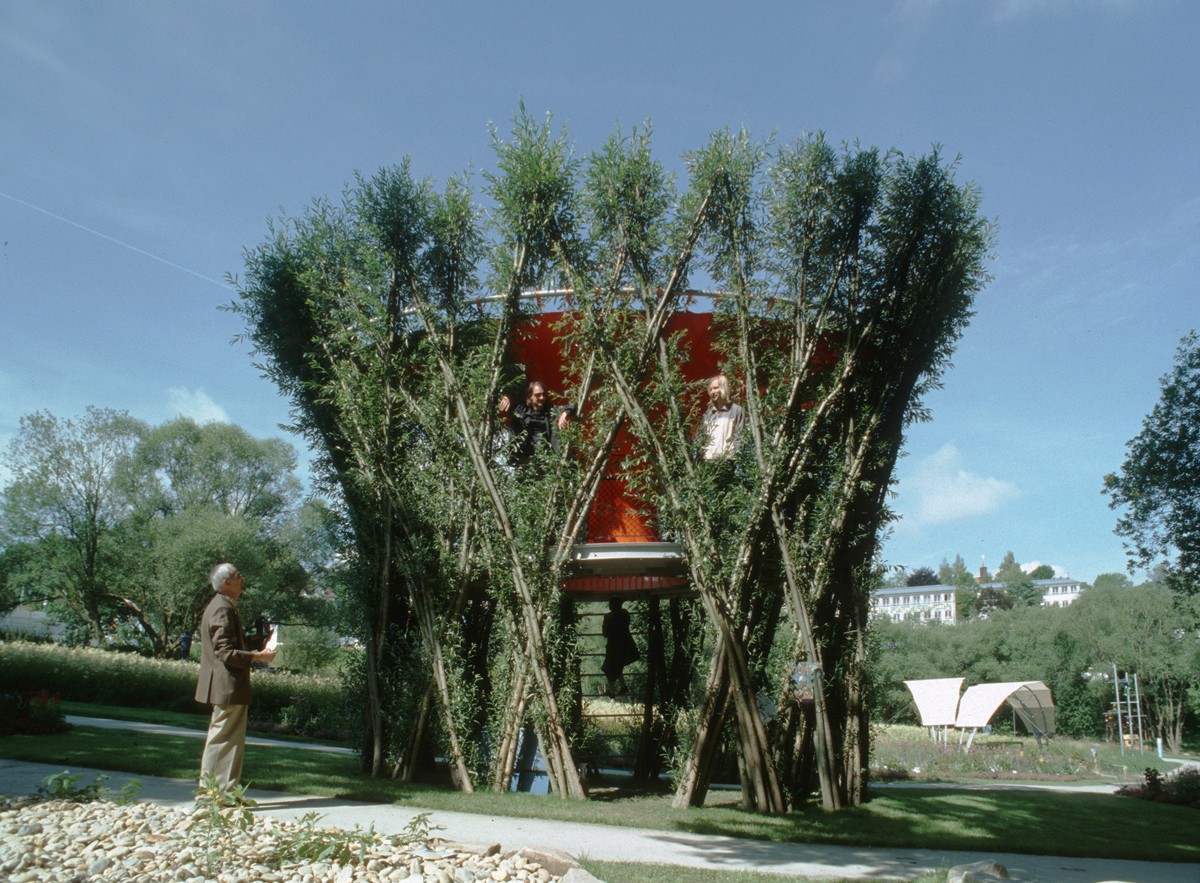 Elevation of the two story building 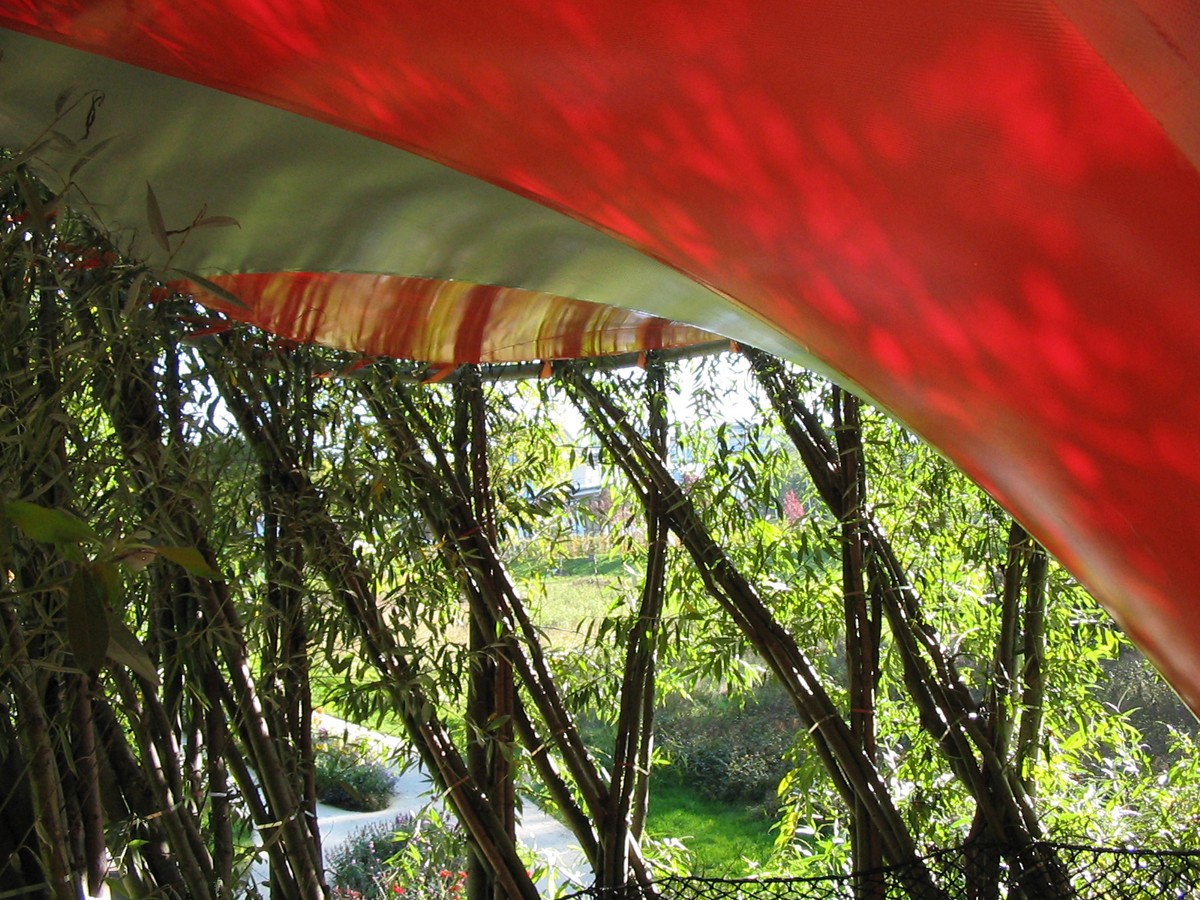 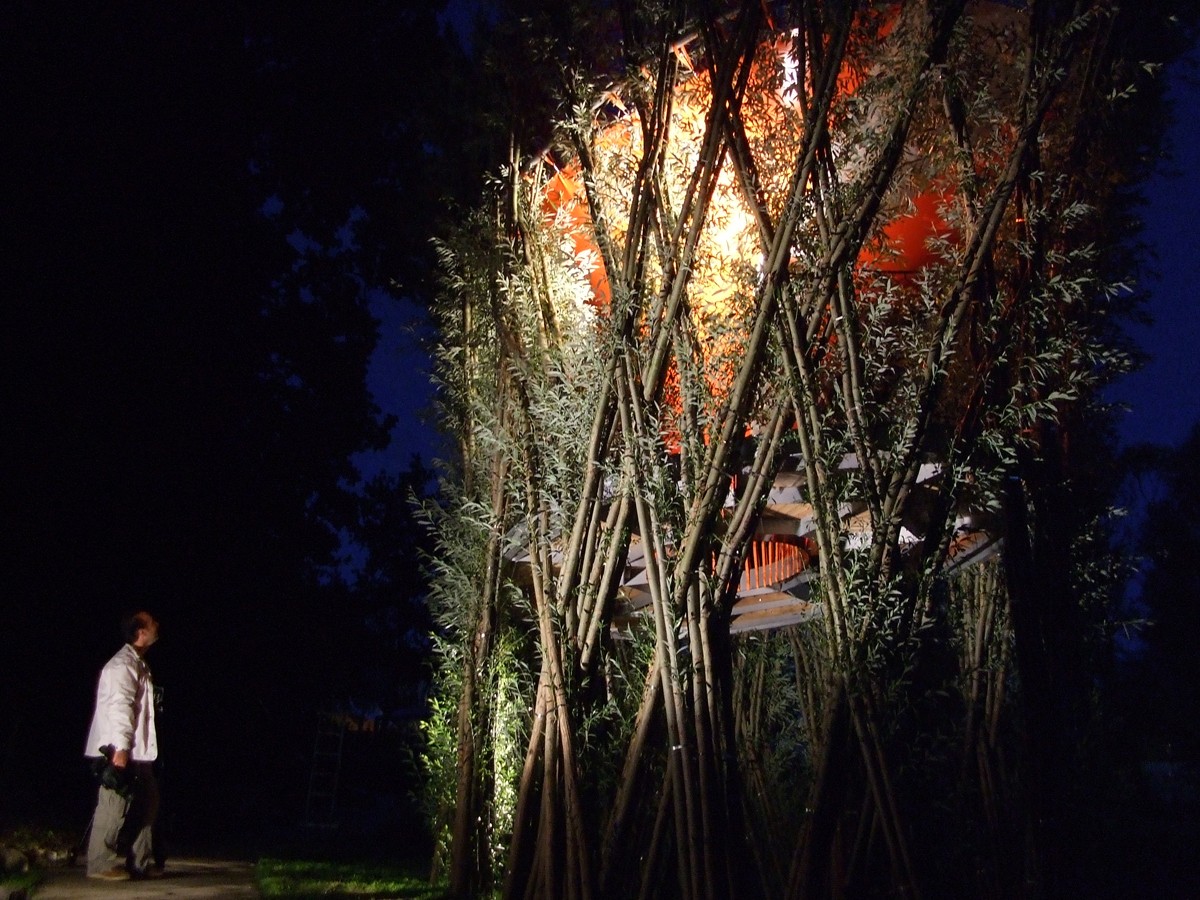 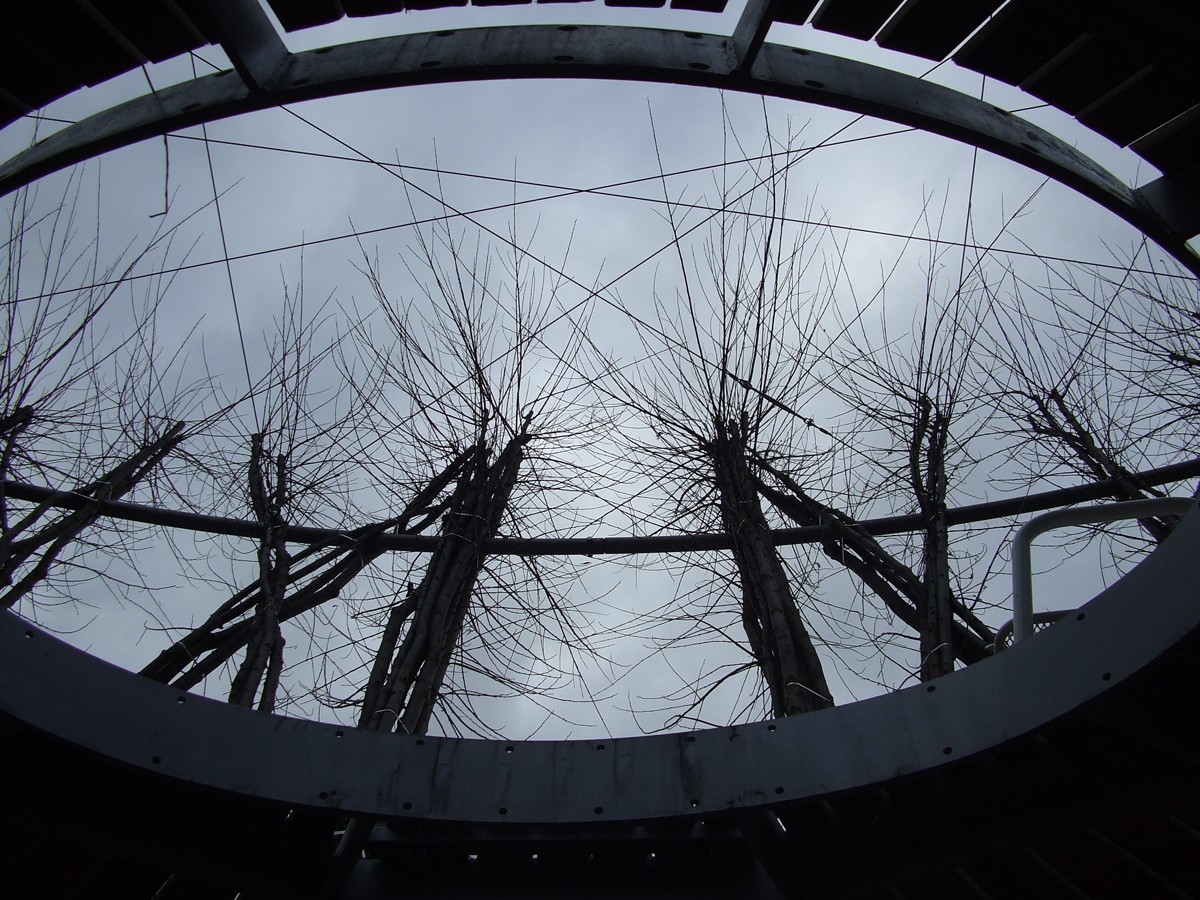