The Baubotanik Footbridge was realized in 2005 as an experimental building. Its simple plant-technical structure illustrates the conceptual as well as the constructive approach of Baubotanik.

The original structure was formed by 64 vertically and 16 diagonally arranged bundle supports, which carry a walkable platform at a height of about 2.5 meters and above hold a stainless steel tube that serves as a handrail. The regularly spaced plant supports and the overall 22-meter-long platform made of steel grating create a walkable space detached from the ground, which can be accessed by ladders through two lateral access ladders.

The living support structure was constructed using cuttings of the willow species Salix viminalis, which have a high regenerative capacity and root themselves autonomously in the soil. This is an important prerequisite for the vital growth of the structure. The first leaves sprouted just a few weeks after structural completion, demonstrating the vitality of the structure. And already in the first vegetation period, thanks to the prolific growth of shoots, an almost impermeable green wall developed out of the structure of the supporting columns. In this state of temporary wildness, only the steel elements and the geometric shape indicate the artificial character of the structure. And it is only when the leaves fall in autumn that it becomes clear again that the building is indeed a plant, but also a rationally constructed load-bearing structure.

The individual plants became thicker over the years and the initially delicate and green cortex developed into a gnarled bark. These growth processes are particularly evident at the nodes where the plant supports were connected to the stainless steel handrail: in many places, the tubes are completely ingrown, and the fact that the structure's stability can increase as a result of growth becomes evident here.

The bundle supports were designed in such a way that a high load-bearing capacity was already given immediately after structural completion. However, this resulted in a high plant density, which meant that there was competition between the individual plants for vital resources such as light, with more strongly developing plants displacing weaker ones. This resulted in the death of plants that partially weakened the structure, along with the overall very vital development. In 2017, rejuvenation was started by temporarily supporting parts of the structure on steel pipes and pruning the plants back to the ground. New, load-bearing supports are growing from the new shoots. 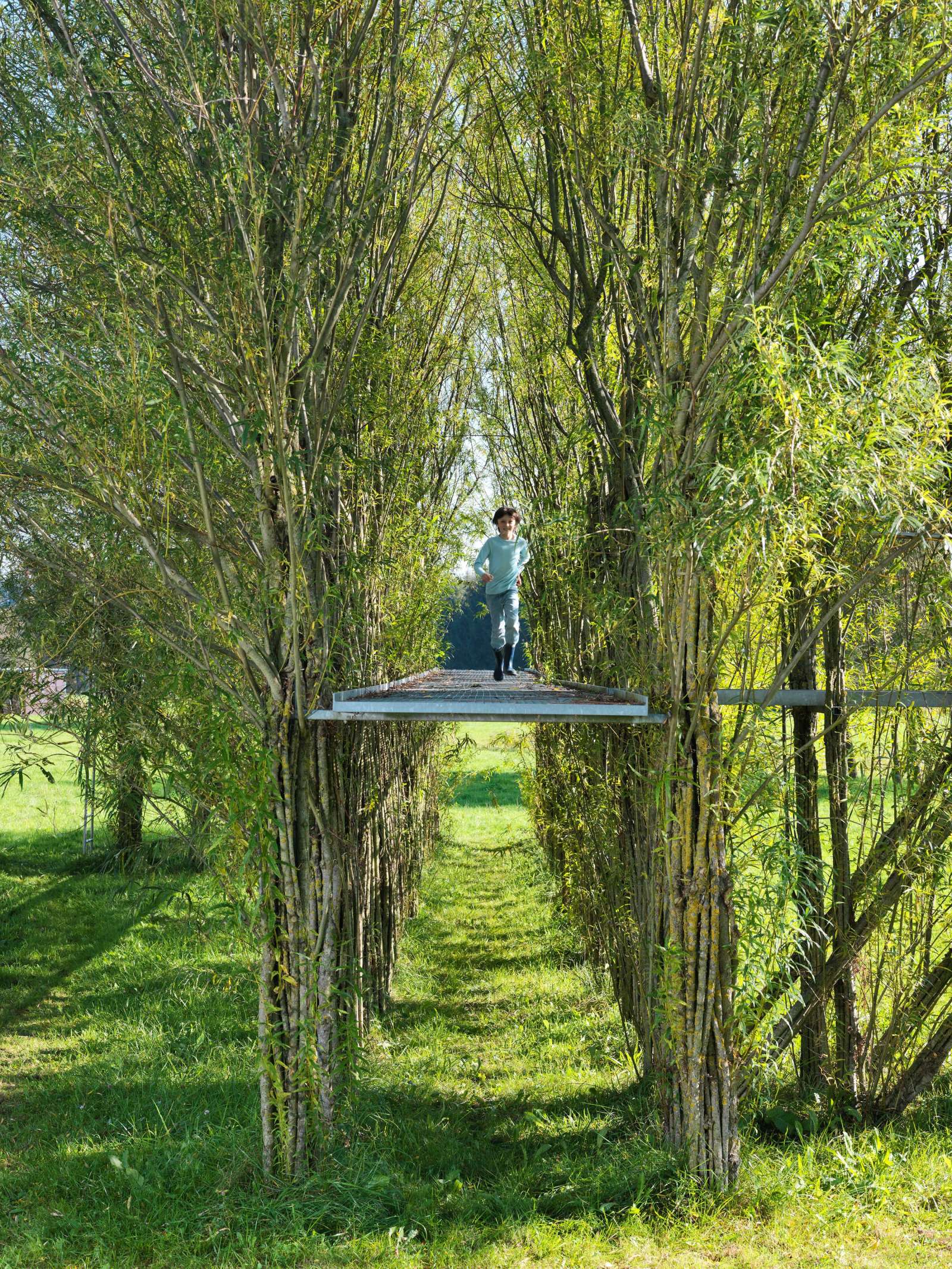 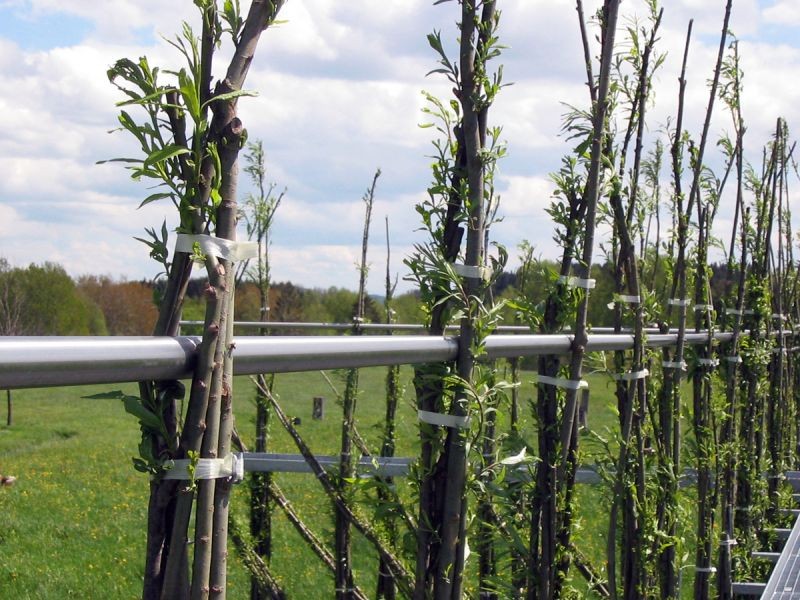 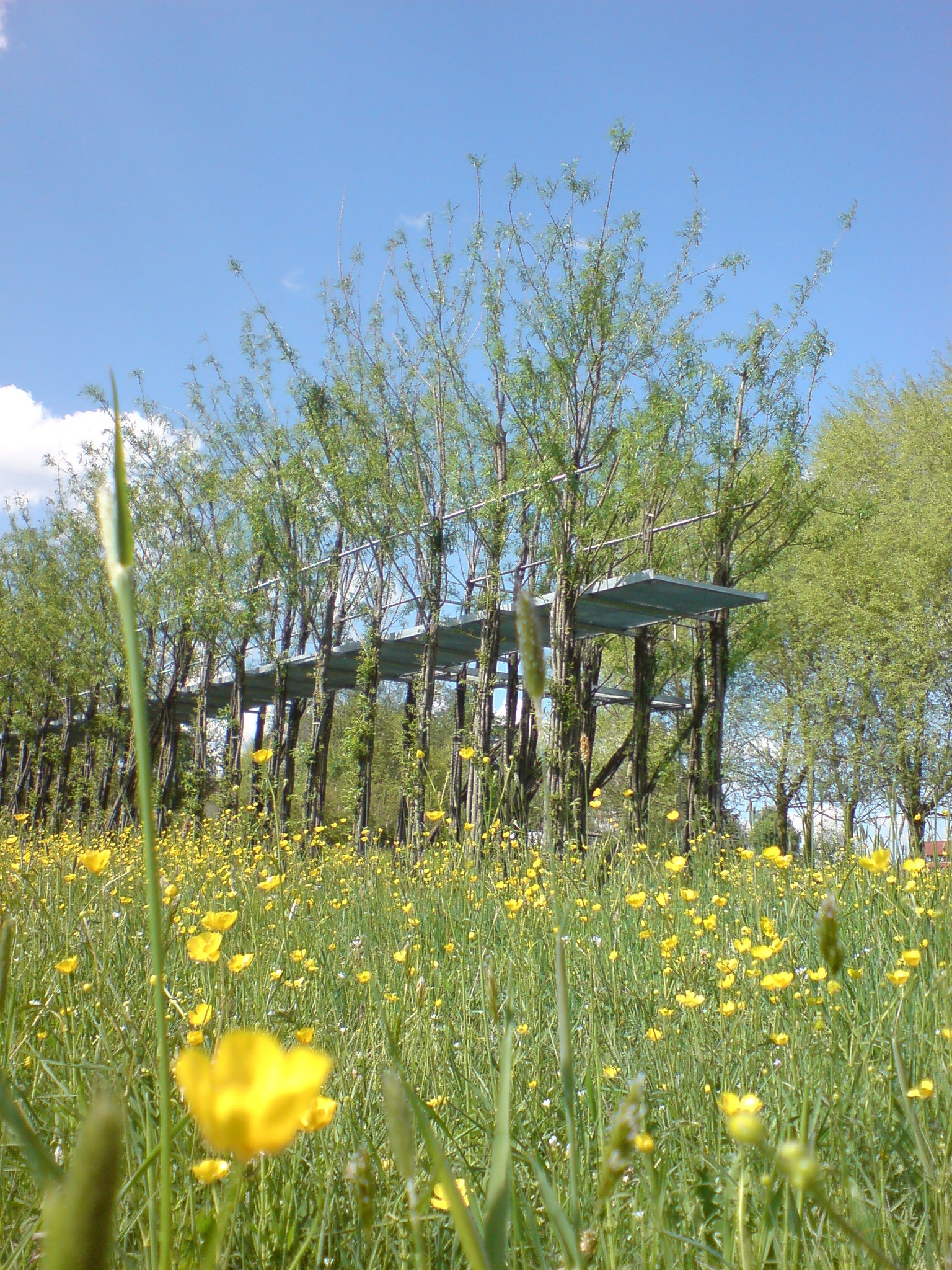 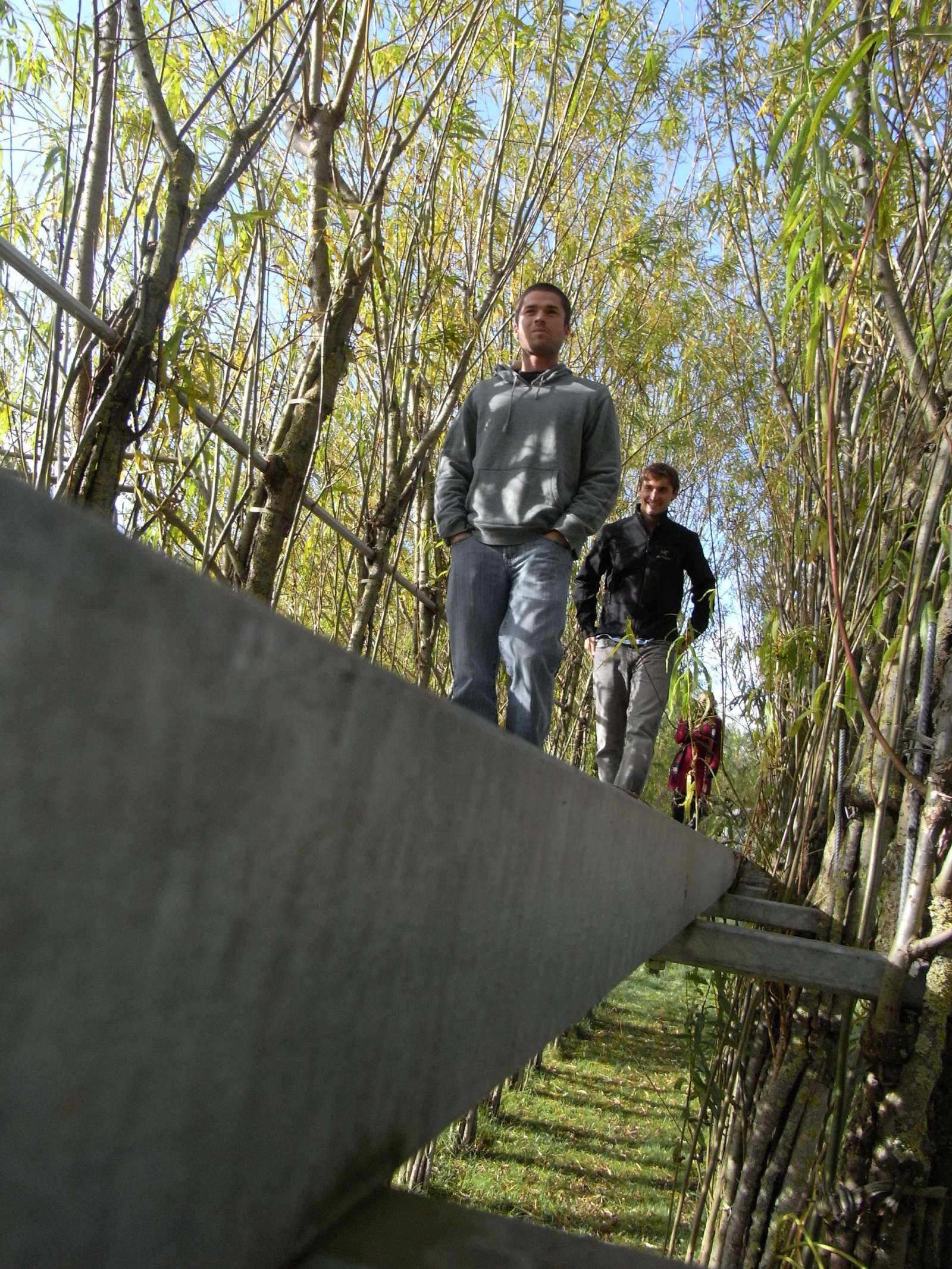 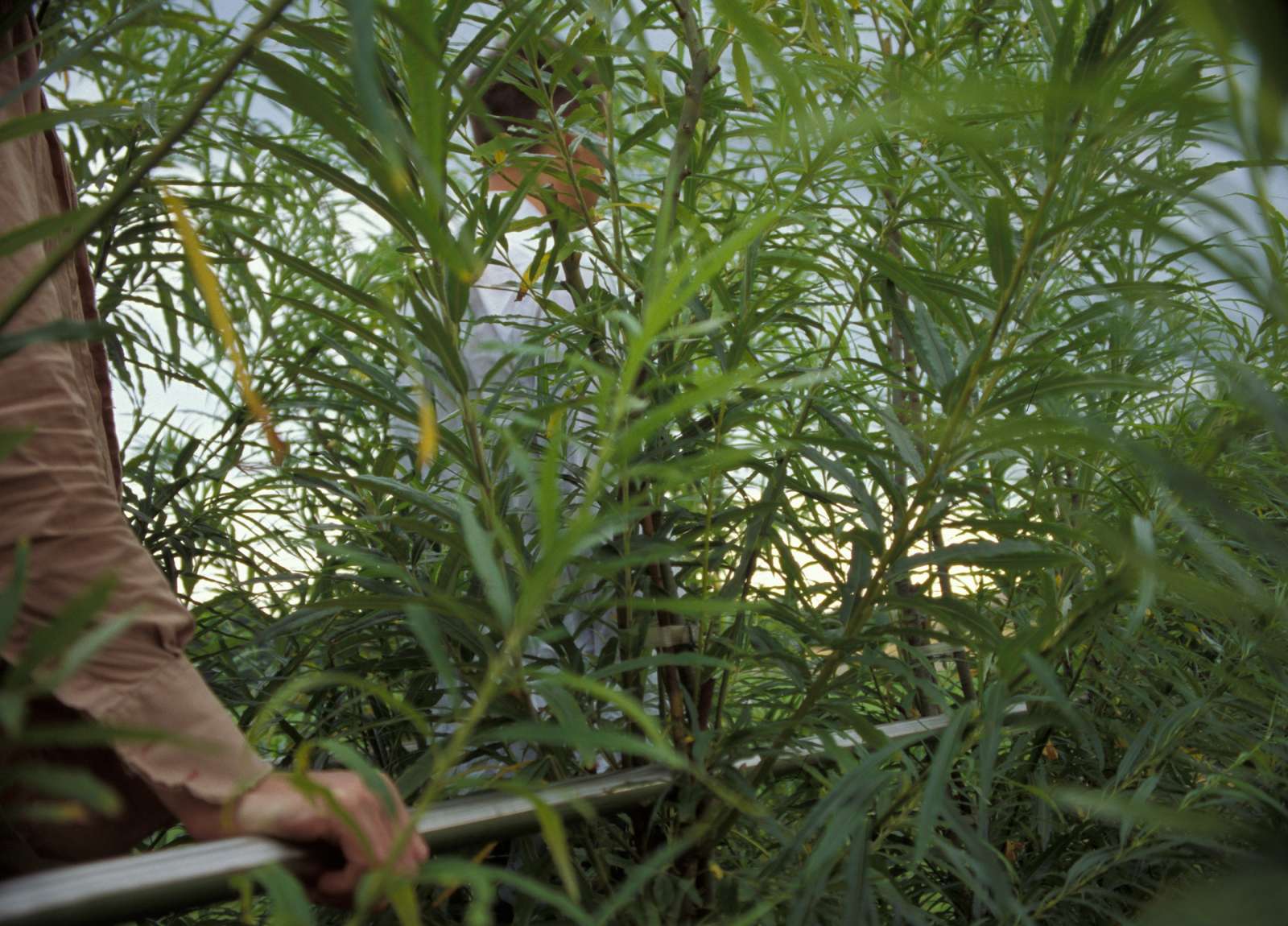