Bauubotanik describes a building method in which structures are created through the interaction of technical joining and plant growth. For this purpose, living and non-living elements are joined in such a way that they fuse to form a plant-technical composite structure: individual plants merge to form a new, larger overall organism, and technical elements grow into the plant structure. With this definition, the topic of living architecture with trees was conceptually clearly defined for the first time in 2007 at the Institute for Architectural Theory and Design (IGMA) at the University of Stuttgart, while at the same time opening up a broad interdisciplinary field.

In contrast to technically constructed buildings, Baubotanik structures are in active exchange with their environment. They can maintain and repair themselves and change the microclimate of their immediate environment. However, they also require an environment that provides the necessary resources for healthy growth.
Therefore, the goal in Baubotanik is to strategically develop the interaction between structures and the environment in such a way that a complex and layered system emerges that offers diverse opportunities for inhabitants and for ecological processes through heterogeneous spaces and environmental conditions.

Using trees and their growth processes to create living structures is an approach that has appeared repeatedly in various forms throughout history and has its own tradition of visionary concepts. The Khasi living bridges and dancing lime trees can be cited as important historical references of Baubotanik. While the living bridges demonstrate an archaic way of using living trees to create structures of impressive size and load-bearing capacity, dancing lime trees represent an architectural-gardening approach to creating plant spaces with a special sense of place. Some of these living architectures have survived for centuries - they are virtually epic projects that have to grow and be maintained over generations and therefore do not really fit into our fast-moving times. And yet, for this very reason, they are an example of ecologically and socially sustainable architecture.

When living trees become the subject of design and construction, the basic patterns and conditions of plant growth must be understood and recognized as essential design parameters. Only in this way is it possible for living structures to develop in a vital way according to the designer's intentions. However, if the aesthetic, ecological, and constructive potentials of trees are to become fully productive in architecture, a second step is required: the diverse phenomena of adaptation and optimization that plants exhibit in interaction with their environment must be recognized and exploited as opportunities for design and construction. In the Baubotanik research group at the TU Munich, under the direction of Prof. Dr. Ferdinand Ludwig, key Baubotanik technologies such as inosculation techniques as well as design fundamentals are being developed.

The principle of plant addition is an important element in the construction of Baubotanik structures. This technique involves arranging young plants rooted in special containers in space and connecting them in such a way that they fuse to form a living, framework-like structure. Initially, the plants are supplied individually with water and nutrients and kept in shape by means of temporary support structures. In the course of further development, a self-supporting and resilient structure develops through secondary growth in thickness, so that the supporting structures become obsolete. Most importantly, the transport of water, nutrients and assimilates from the lowest root to the uppermost leaf is achieved, and the lowest plants placed in the ground develop a very efficient root system. The roots placed in the scaffold space thus become obsolete and can be removed. In this way, in a very short time, Baubotanik spaces can be formed in the dimension of fully grown trees, which in the long term achieve the robustness of naturally grown trees.

Even if new techniques such as plant addition can create large green spaces in a short time, the design of Baubotanik projects is always significantly characterized by the fact that it is not finished buildings that have to be planned, but rather development processes that are to be designed. It is necessary to conceive desired conditions that are to occur at a certain point in time and are to last for a certain period. The fact that the conditions for growth can only be planned to a limited extent has to be taken into account, as well as the fact that Baubotanik buildings - like all living things - can grow and also die. However, this also provides the opportunity to relate the development processes of living systems to urban and social changes.

Baubotanik gives rise to new building typologies that redefine the relationship between nature and technology, between inside and outside, between city and landscape: In the Middle Ages, the city wall separated the "wild nature" of the forest from the man-made place of the city, which was largely free of trees. Later, in the 18th and especially 19th centuries, urban expansions and the creation of parks and boulevards in the city led to the first spatial mixing at the level of urban planning. Baubotanik continues this on the scale of architecture by fusing trees and buildings. 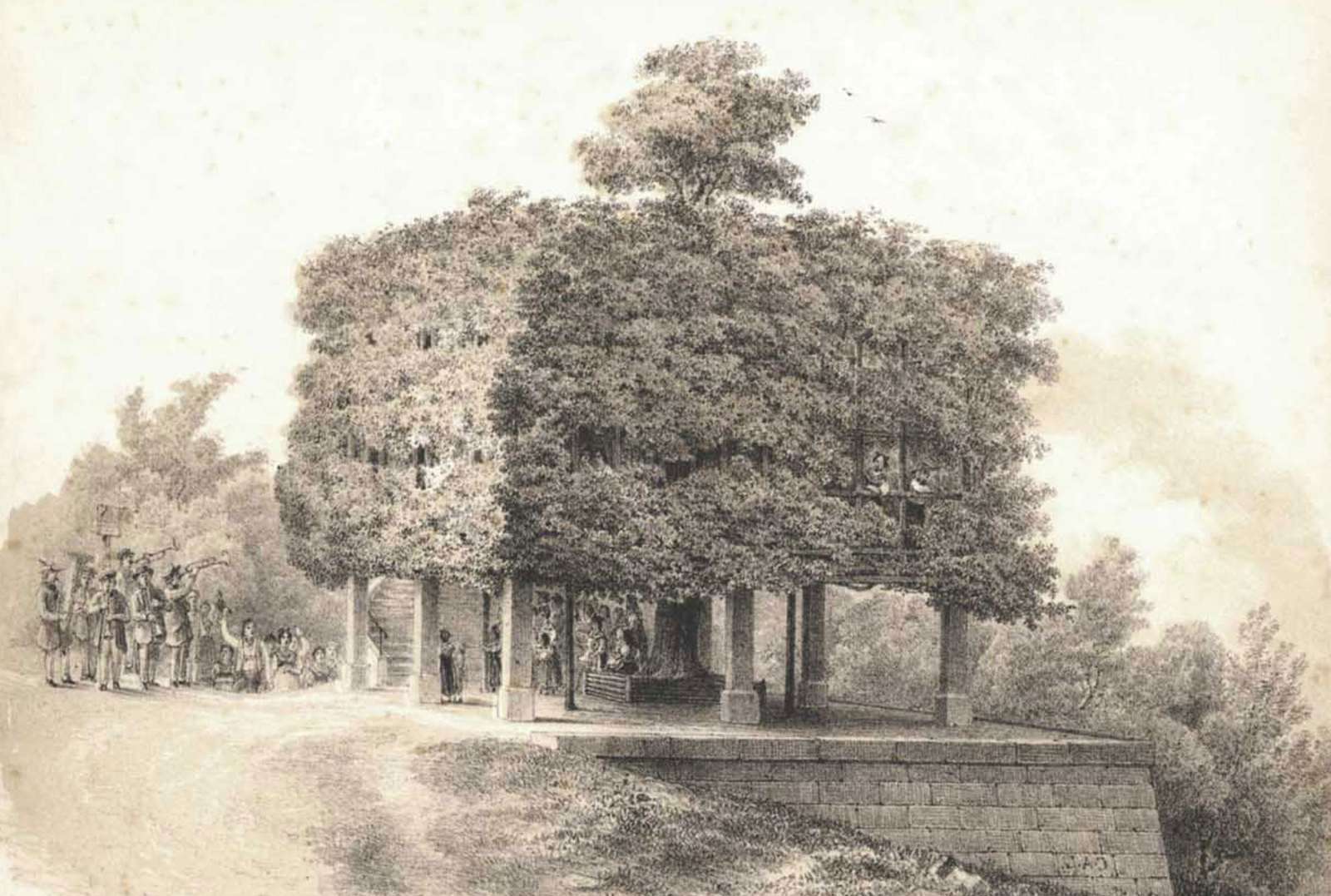 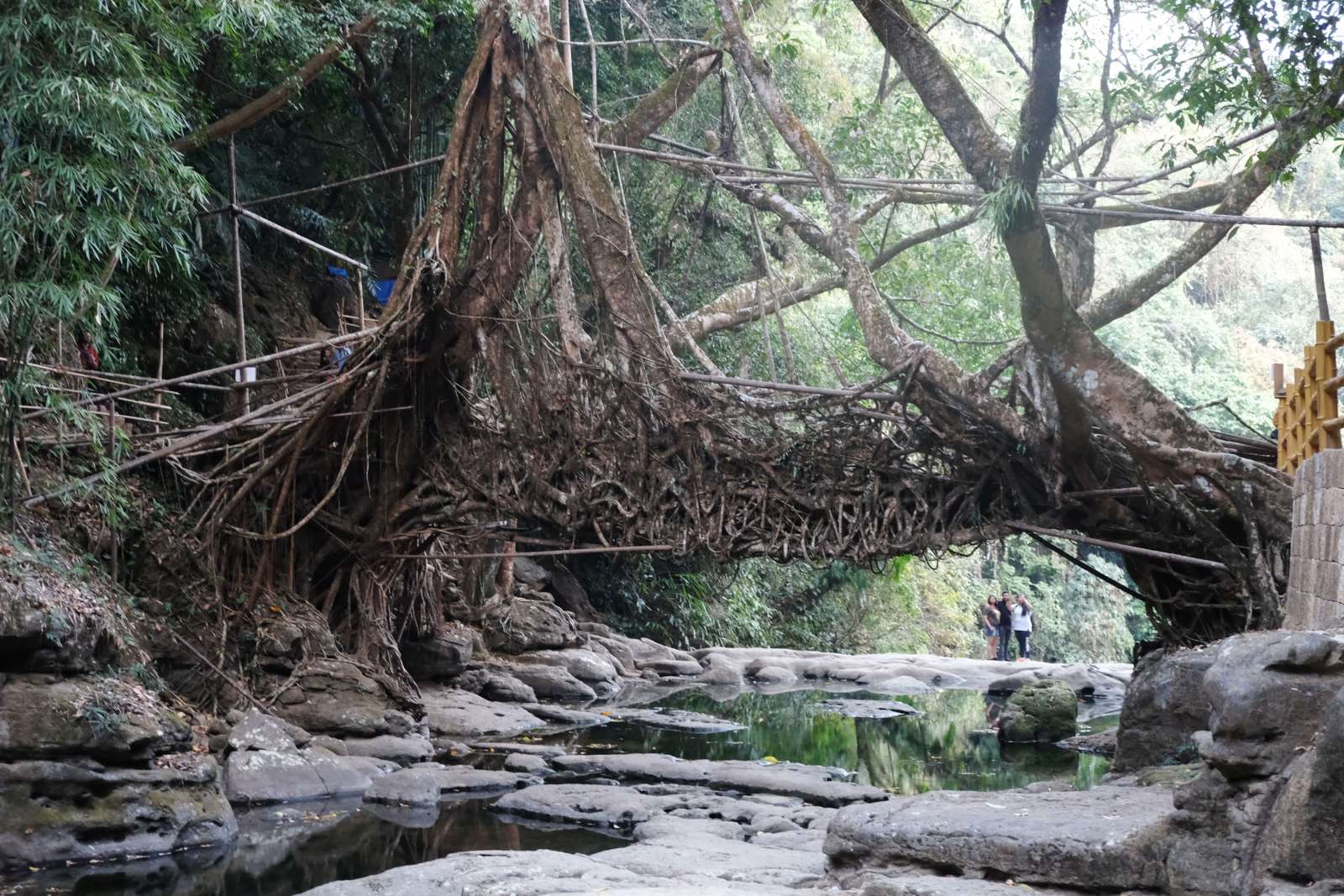 Living Bridge of the Khasi People 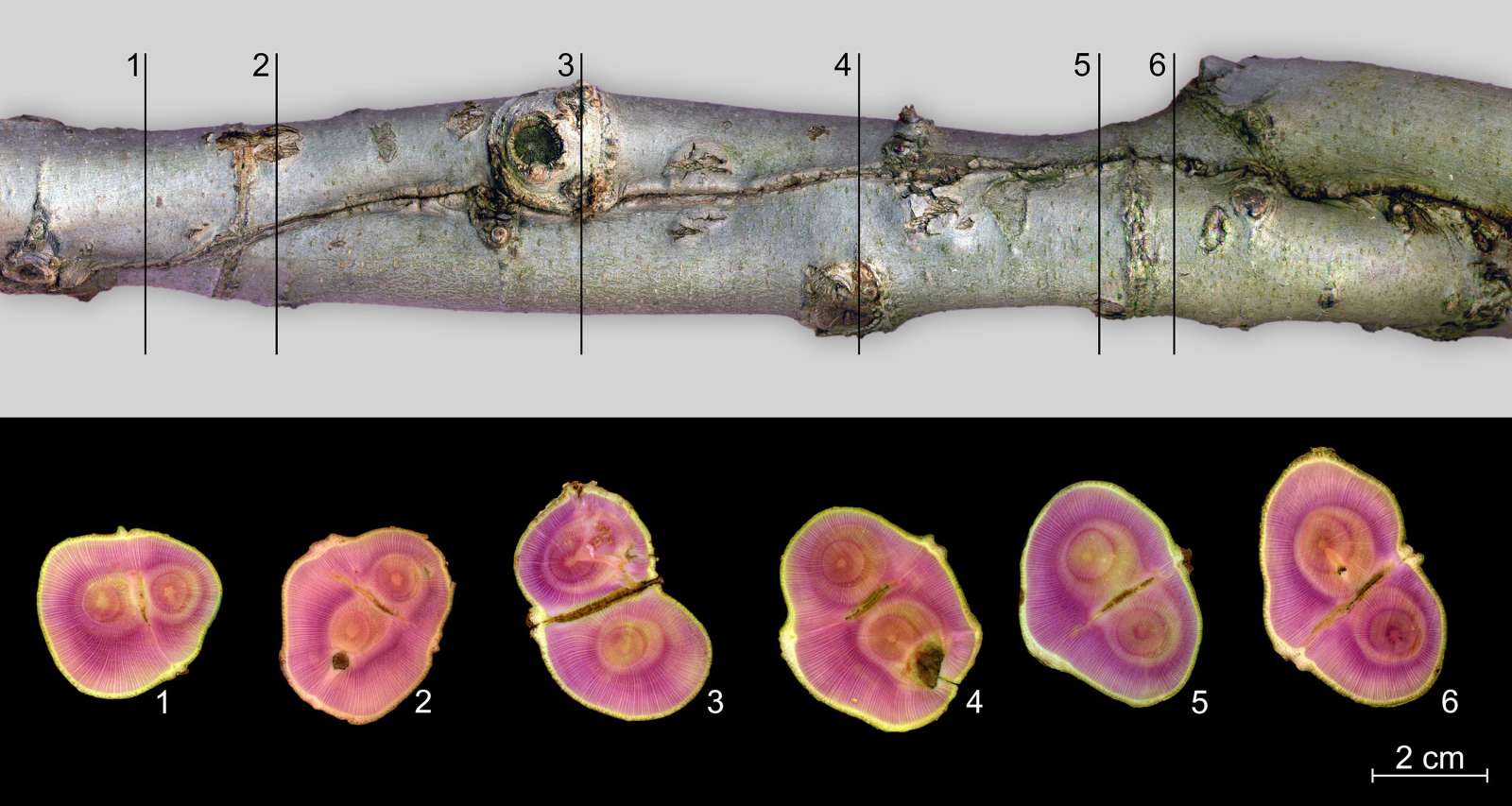 Serial section through and inosculation