The project was realized within the context of the Regional Garden Show Nagold 2012 and is conceptualized as a long-term Baubotanik experiment in an urban context. With the help of the plant addition technique, the 10 × 10 × 10 meter cube was immediately realized as a completely green structure, which already at the beginning had the green volume of a fully grown tree. In this initial stage, London plane trees (Platanus hispanica) arranged in planters on six levels form green walls that enclose a space that is open at the sky. Inside, maintenance walkways for gardeners are arranged on three levels on three sides and visitor platforms on the west side, accessed by single-flight steel stairs. The plants are interconnected in such a way that they fuse into one single organism that can supply itself with water and nutrients from the ground in the long term, allowing the planters and irrigation system to be dismantled. The entire structure is initially supported by vertical steel columns, which will be removed when the plant structure has become strong enough to support all emerging loads.

The platforms are attached to perimeter steel trusses designed to transfer loads to the plant structure at a variety of points. This takes into account the fact that the Baubotanik structure is expected to develop locally varying strengths due to varying degrees of growth in thickness and the anticipated death of plants or stem sections.

In the course of further development, the interior space is expected to close more and more towards the top, as the canopy will develop here, while in the lower area the trunks, which will become thicker and more gnarled over the years, become more prominent. Since the end of the horticultural show, in which the cube served as a lookout point and shady retreat, the site of the horticultural show has been developed into a new urban district. Initially, it was envisaged that the Plane Tree Cube would serve as a Baubotanik town square with a variety of possible uses, in particular due to its vertical development. As a result of changes in the urban development planning, the cube was integrated into the open space design of a child daycare center in 2021.

During the first five years, the development of the project was determined by a continuous adaptation and refinement of the technical facilities, which had to withstand extreme demands due to the public use and the harsh weather conditions at the edge of a mountain range (Black Forest). Subsequently, the plants developed vitality and showed vigorous growth in thickness and a good development of the Baubotanik junctions. 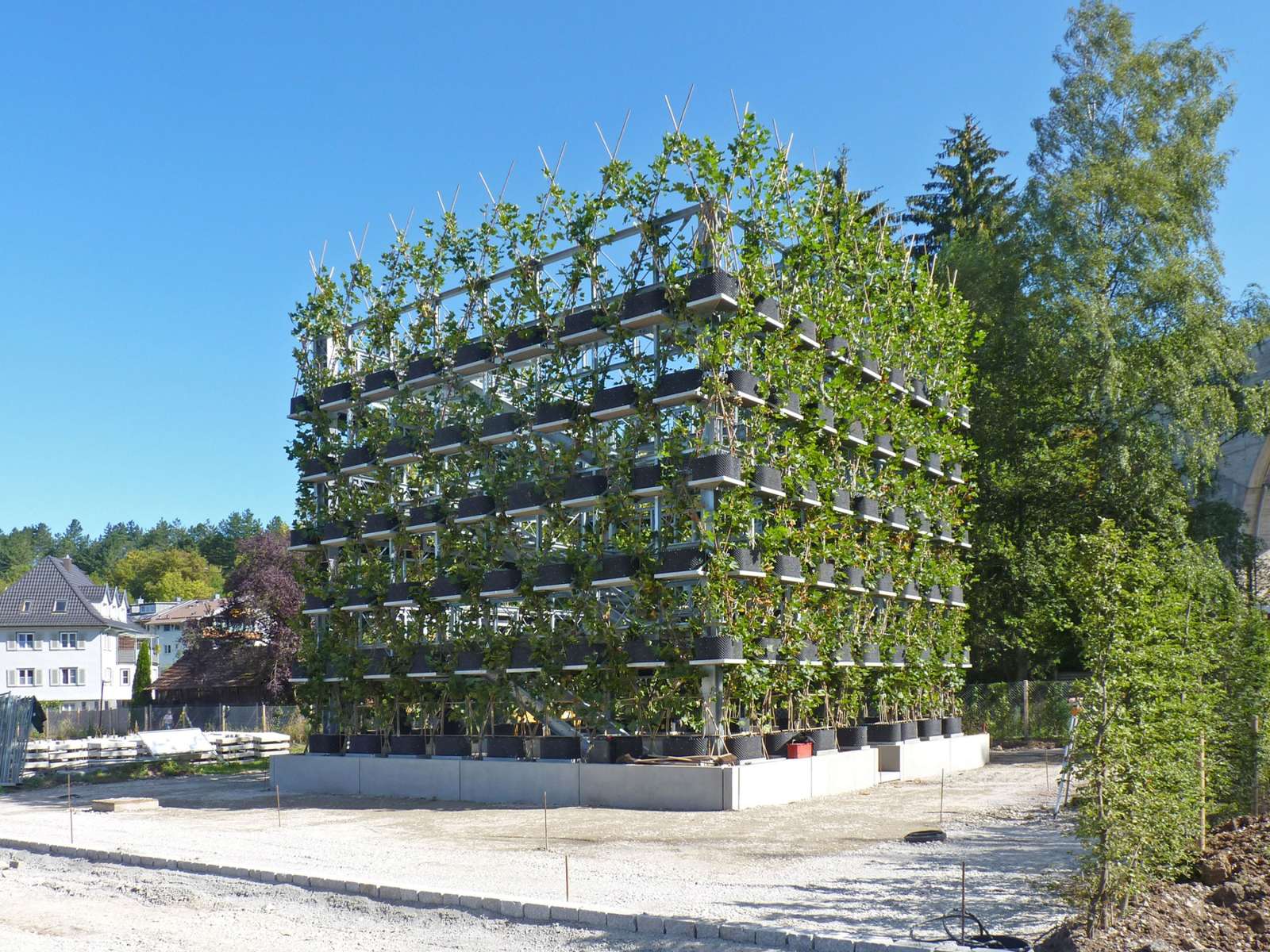 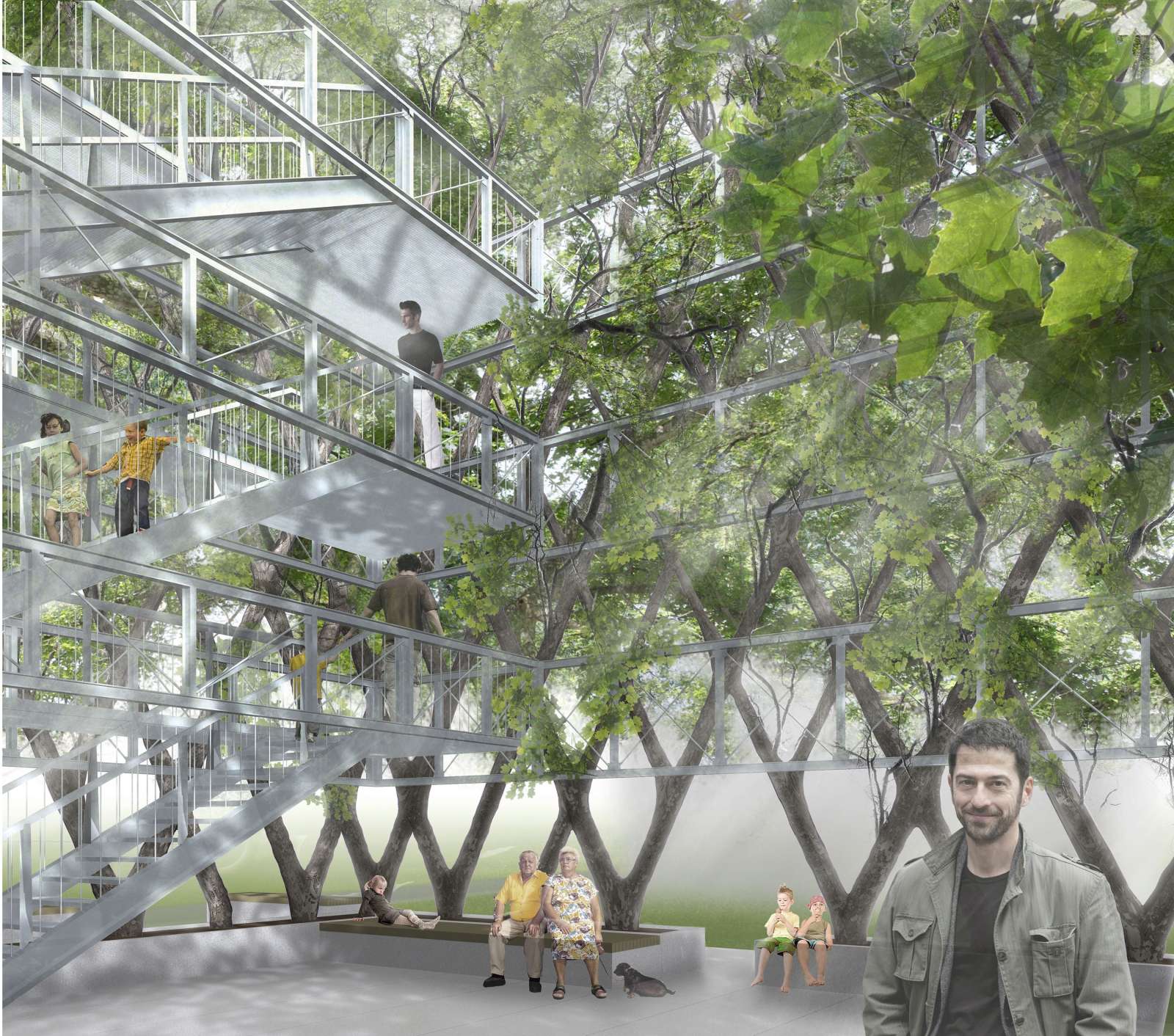 Perspective of the Plane Tree Cube 2040

After a few harsh winters and hail storms, the plants have established themselves.

Growing up, maintenance and new plantings