The Baubotanik Tower is an experimental and demonstration structure designed to show the possibilities of plant addition on the one hand and the architectural and ecological potentials of Baubotanik on the other.

The almost nine-meter-high building has a footprint of about eight square meters and three accessible floors. The plant structure was originally formed out of several hundred young, two-meter tall silver willows (Salix alba), with only the lowest plants placed in the ground, while all others are rooted in special plant containers arranged on seven different levels. In 2017, the willows were replaced with swamp birch (Betula pubescens), which is better adapted to the site. In the process, the plant density was significantly reduced to provide more growing space for the individual plants.

The entire structure is supported by a temporary framework of steel pipes and is anchored to the ground by screw foundations, which can be removed as well. Until all the plants are fully intergrown, the planting containers are kept constantly moist by means of a simple pumping system to provide the plants with the necessary water.

As the plants fuse over time, they connect to the levels in a force-locking manner, creating a truss-like support structure. Then, as soon as the living structure is strong enough to support the ingrown levels and take on the payloads of the structure, the framework is removed. Next, the plants will take up all the vertical forces, creating an inherently rigid structure in conjunction with the horizontally arranged, technical building elements. 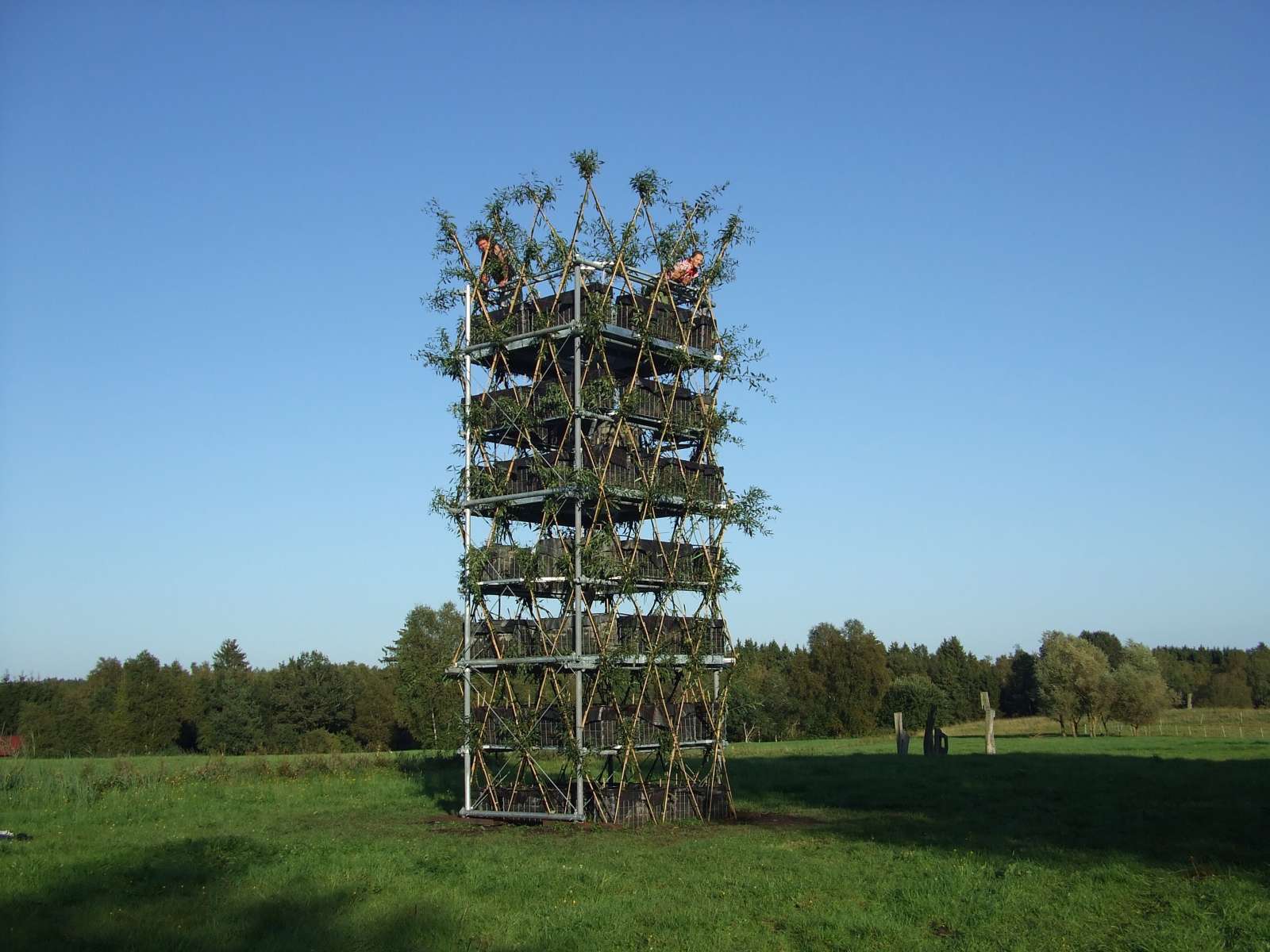 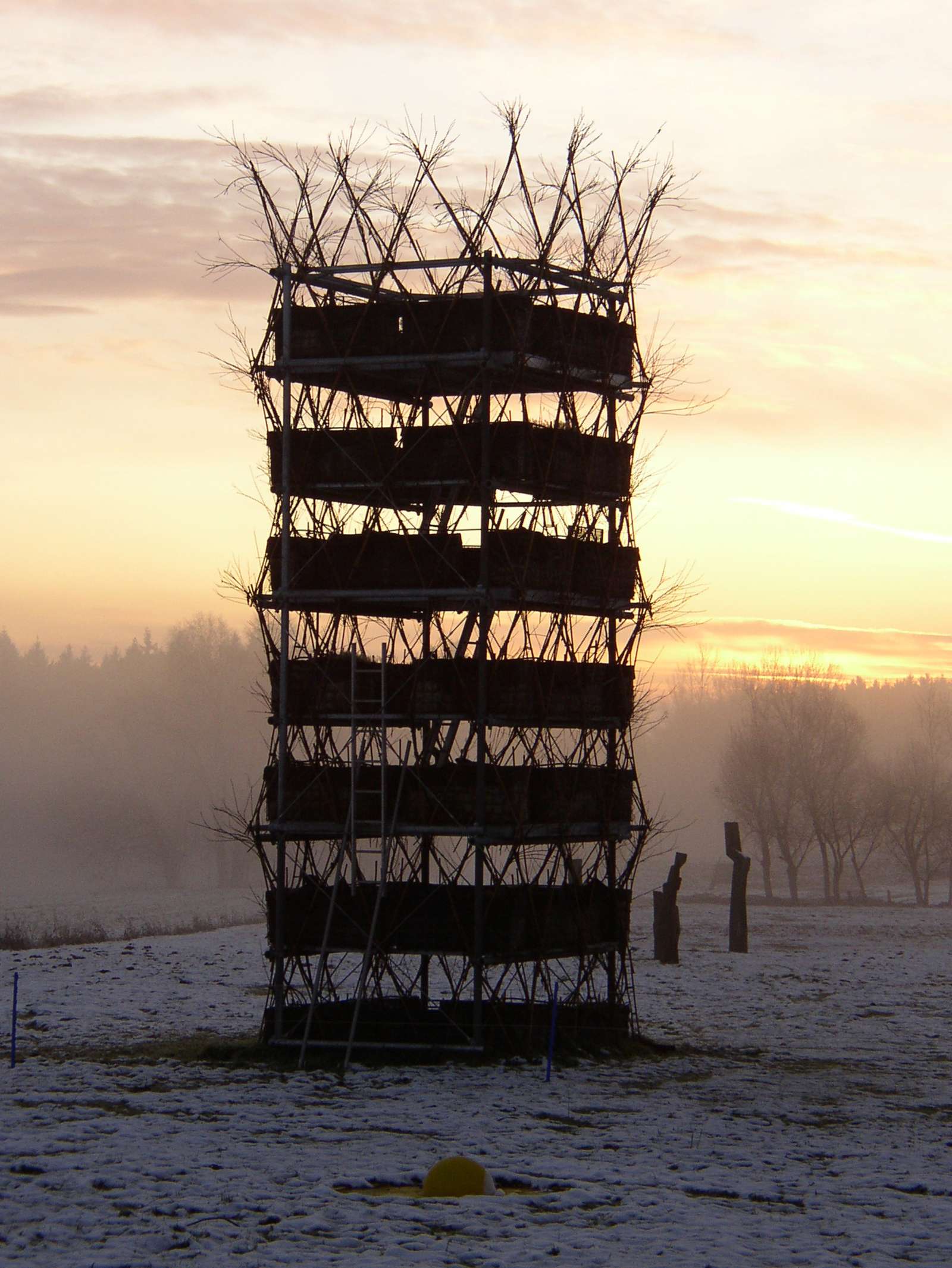 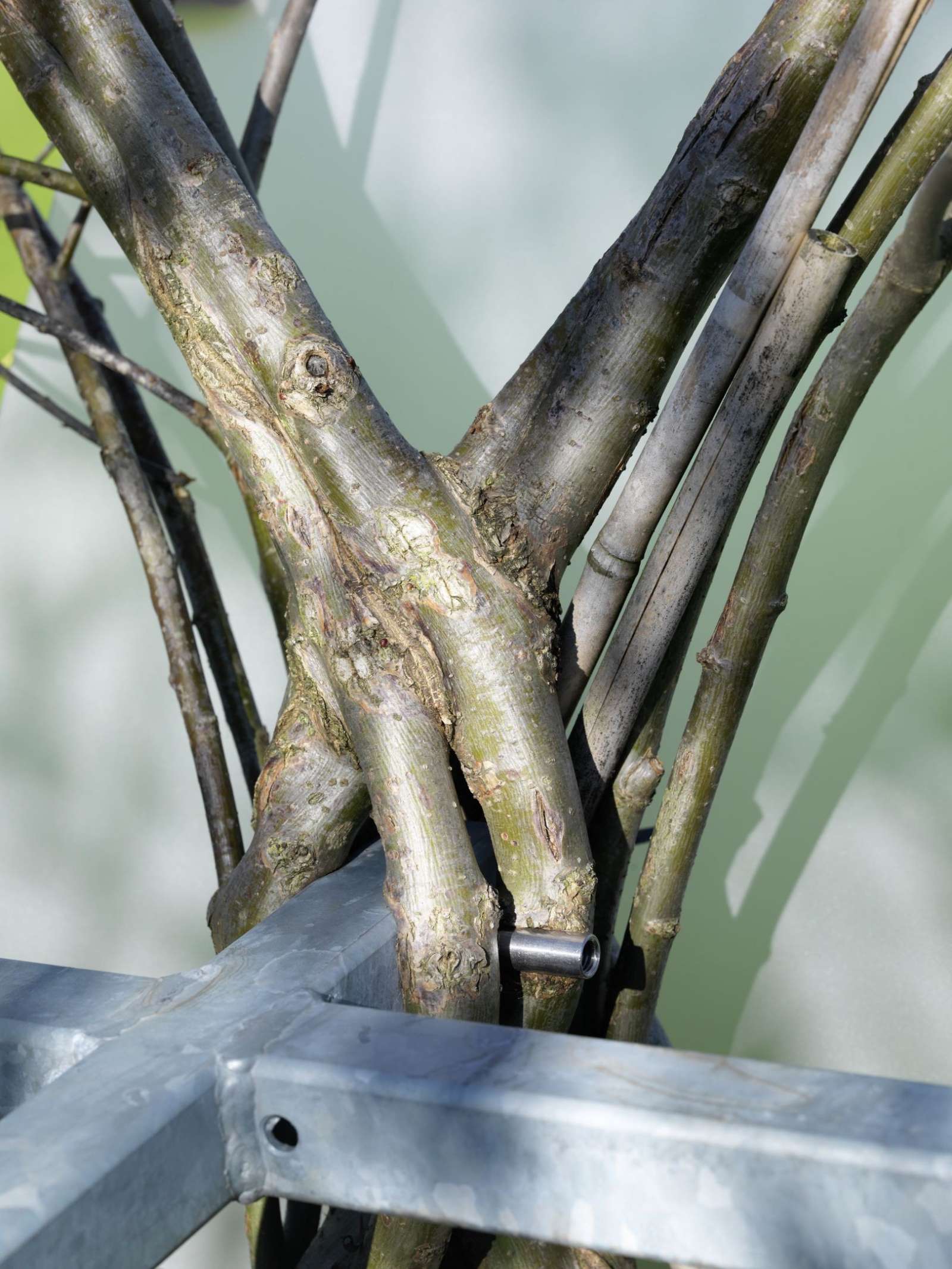 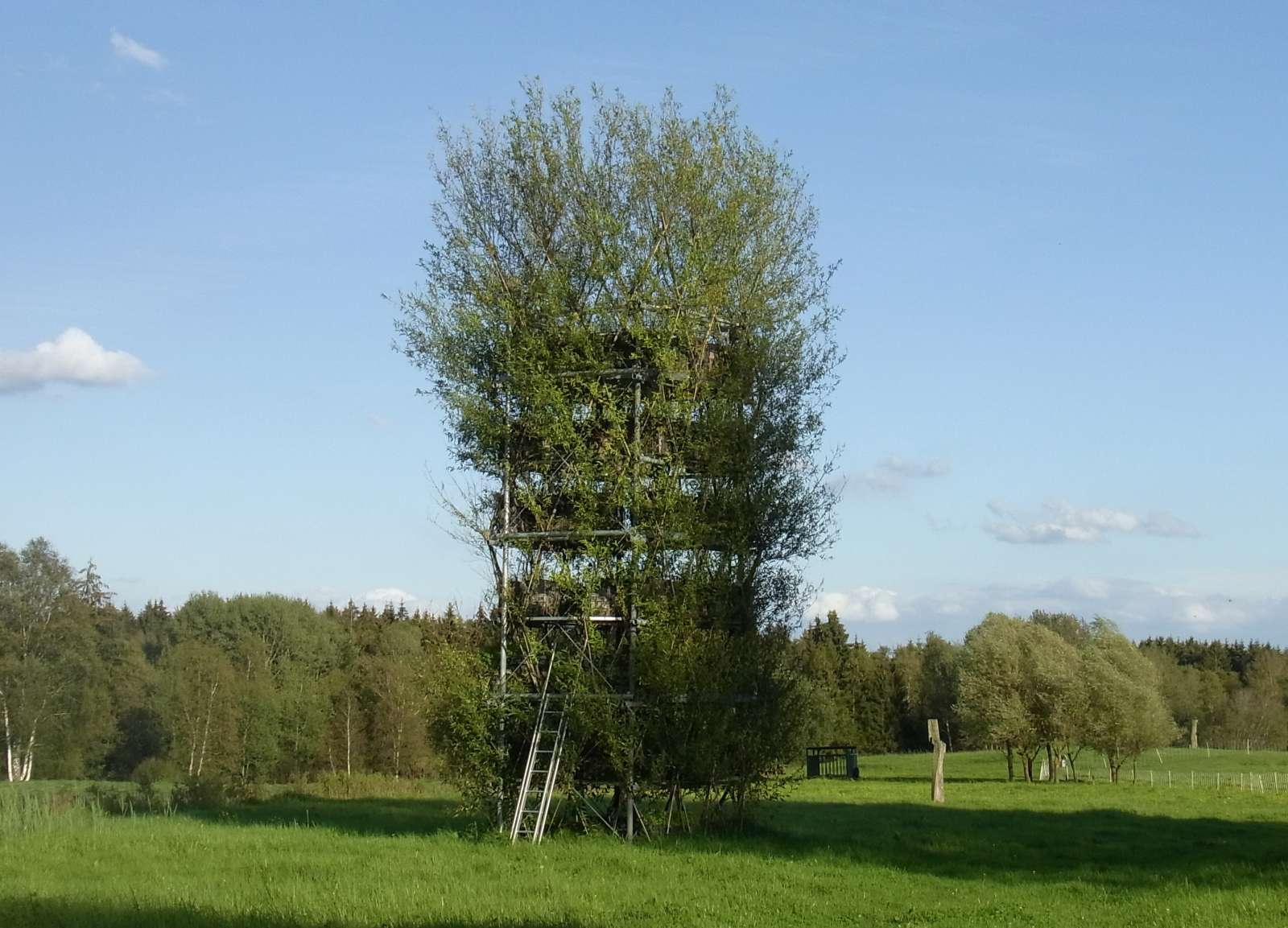 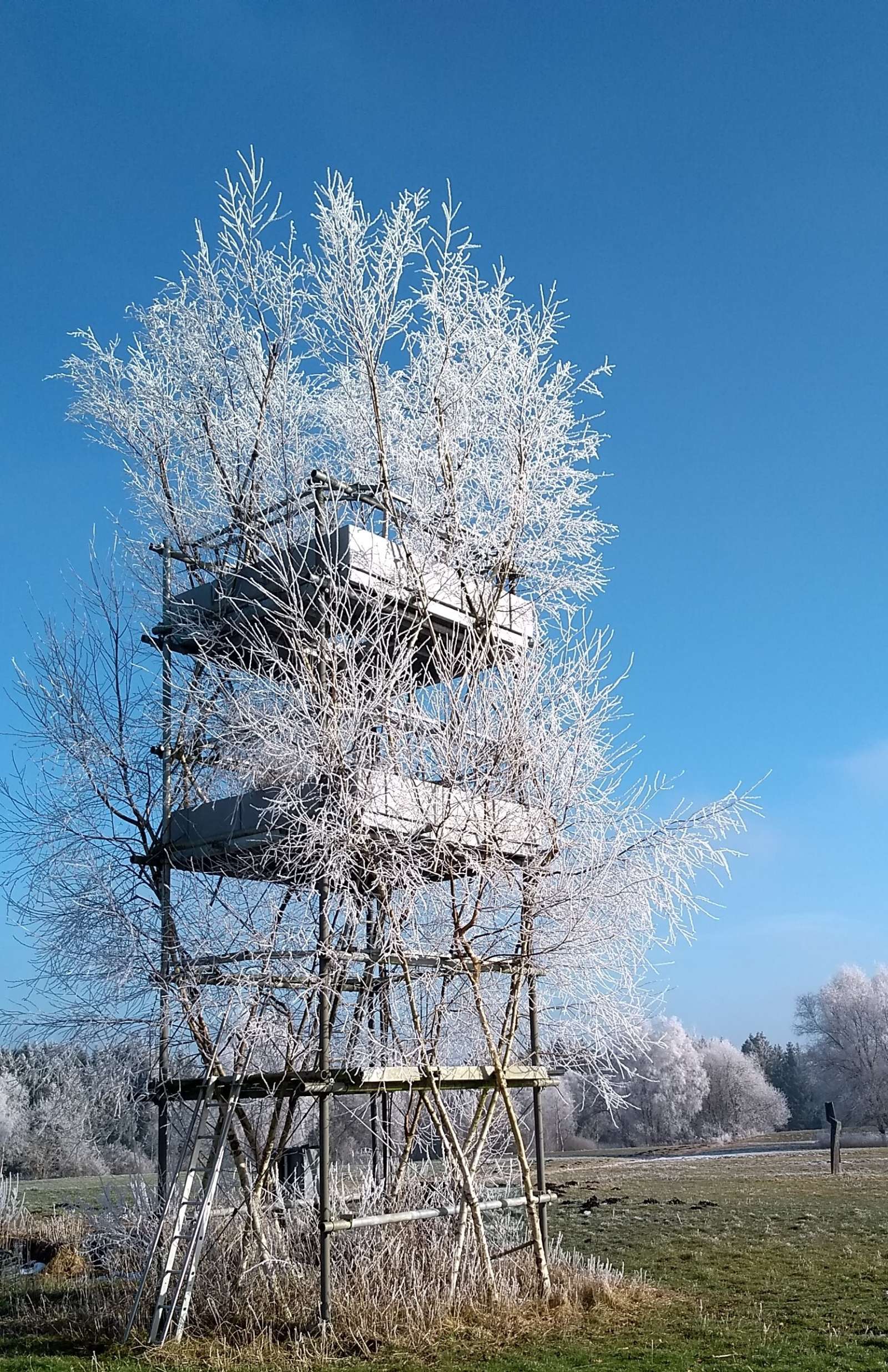 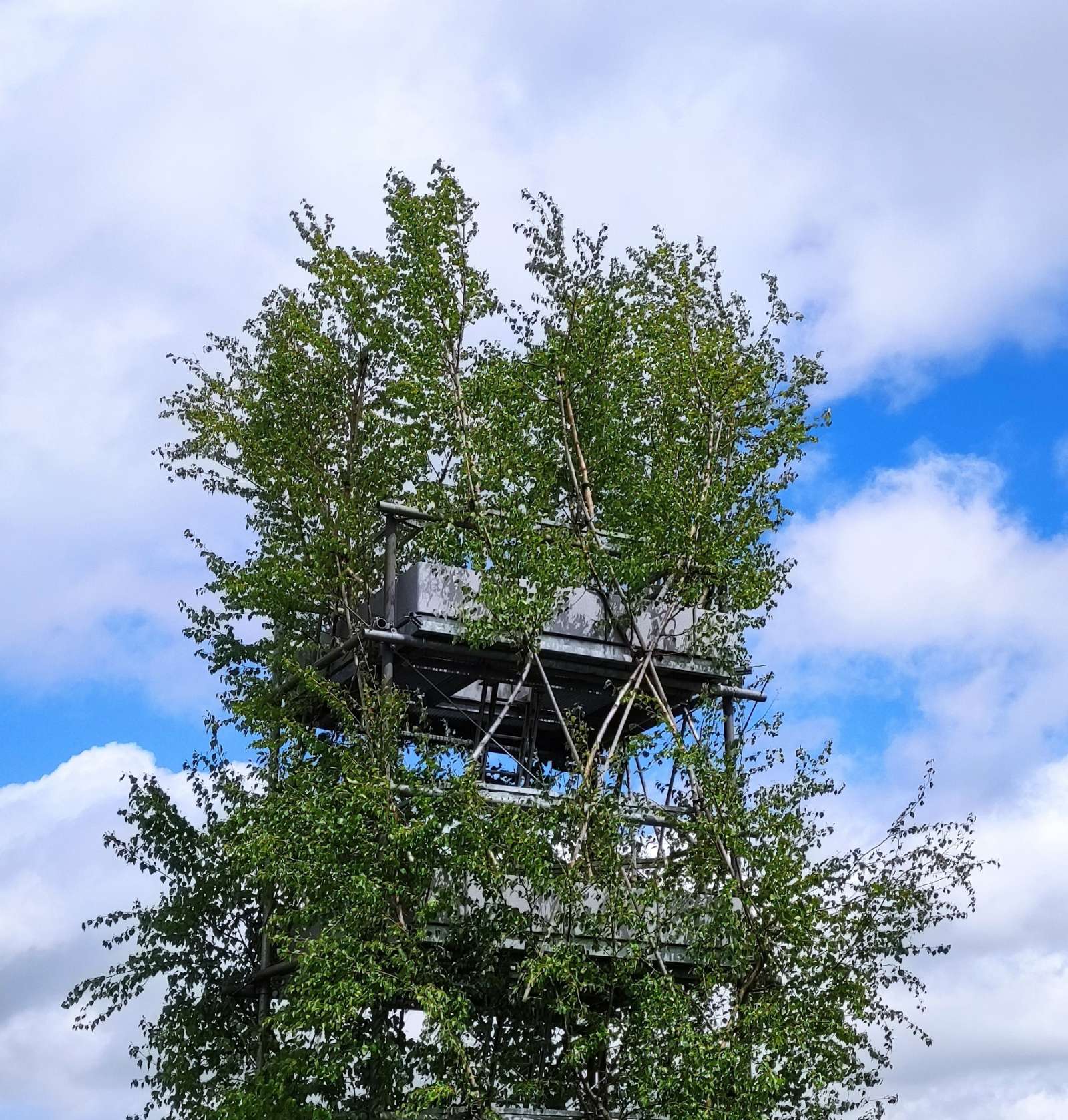 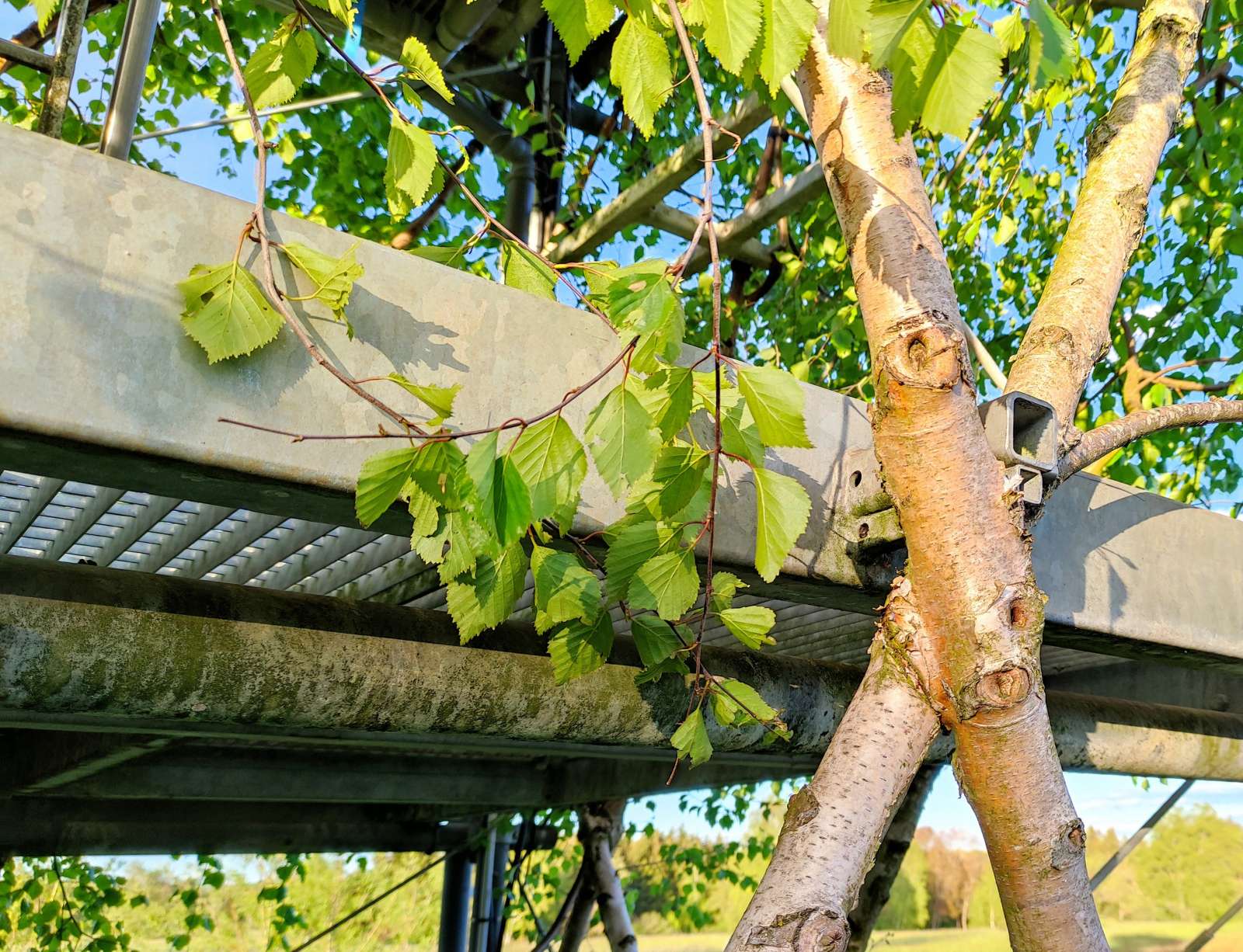